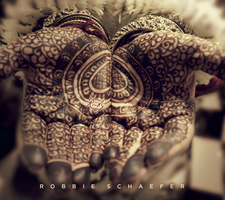 I didn’t want to make this album. Sure, I had been writing songs here and there for the past few years, but during that time, my life had taken turns toward other blessings: OneVoice, the non-profit I’d founded in 2010, a new marriage, and three beautiful boys now grown into teenaged cub-men.

And mountains of loss.

My family has endured the loss of four of us in only two years. That’s not to say these losses can’t also be blessings, but you have to search for that part and, once found, they are the most painful kind. They have cracked my heart open and, in time, leavened life into something less light, but more full. Less happy, but more joyful. There is a wholeness of heart and an acute awareness of life lived mindfully.

And so, when Jake Armerding suggested I make a new album of songs, I scoffed and said something about not enough time and besides not enough songs, and besides . . . . . , to which he said, well then I guess you’d better write some more songs and when you do, I’ll produce it. Now, aside from the fact that the idea of hanging out with Jake for a few weeks appeals to me greatly, there is something that happens when a musician you respect wants to produce your songs and help you share them with the world. I’d like to think I’m not susceptible to that kind of flattery but the evidence suggests otherwise.

The evidence, of course, is Ruby, recorded mostly live in just four days in a 19th-century stone farmhouse, with Jake and a dear and mutual friend, Rachael Davis. It turns out Ruby is a cycle of heart-songs, about not just falling, but being in love-- with myself, my wife, and life in all its fullness. May these songs, in some humble and graceful way, welcome you to your own wholeness of heart. And may you be well in all ways.